Numerous American flags stand proudly for a 9/11 memorial. Each flag represents a person that died on September 11th, 2001. (Chris Jenson)

Numerous American flags stand proudly for a 9/11 memorial. Each flag represents a person that died on September 11th, 2001.

A tragic day in American history, Americans remember the 18th anniversary of the September 11th attacks.

Nearly 3,000 people lost their lives. Despite 18 years since the tragic event, Americans still pause to remember one of the darkest days in American history. The terrorist attack lasted an estimated 102 minutes. These 102 minutes changed the world, especially America. After the terrorist attack, America declared War on Terrorism, a war that is still being fought today in the middle east to end terrorism in hopes that this tragic event will never happen again in America or anywhere else in the world.

A plane headed towards the white house was taken over by passengers after hearing about what was going on in New York and Washington D.C..

The plane crashed in a field in Pennsylvania. No survivors.

‘The search is under way for those who are behind these evil acts… we will make no distinction between the terrorists who committed these acts and those who harbor them.”

Today, the nation remembers those that lost their lives saving those in the Twin Towers, the Pentagon, and in the Pennsylvania field.

A sense of patriotism rose in Americans after the horrific attack. Instead of staying in a dark shell, thousands of Americans turned to their government and asked what they could do to help.

Numerous memorials are held around the country to remember those that died on 9/11.

The heroes that sacrificed their lives on 9/11 and after 9/11 in order to preserve the American freedom and patriotism have truly changed America.

“The attacks of September 11th were intended to break our spirit. Instead we have emerged stronger and more unified. We feel renewed devotion to the principals of political, economic and religious freedom, the rule of law and respect for human life. We are more determined than ever to live our lives in freedom”
– Then-Mayor of New York Rudy Giuliani 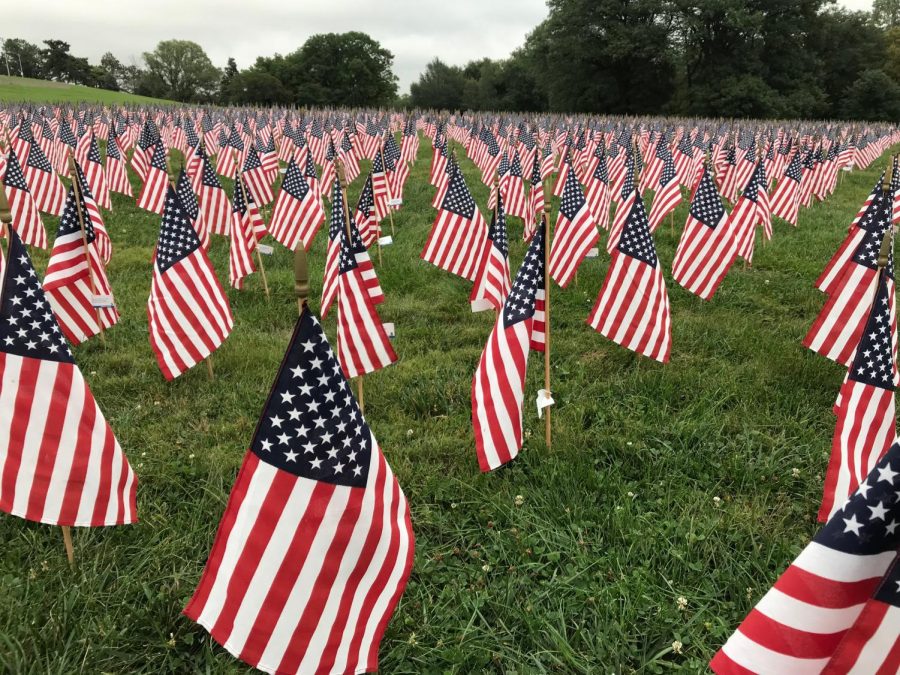