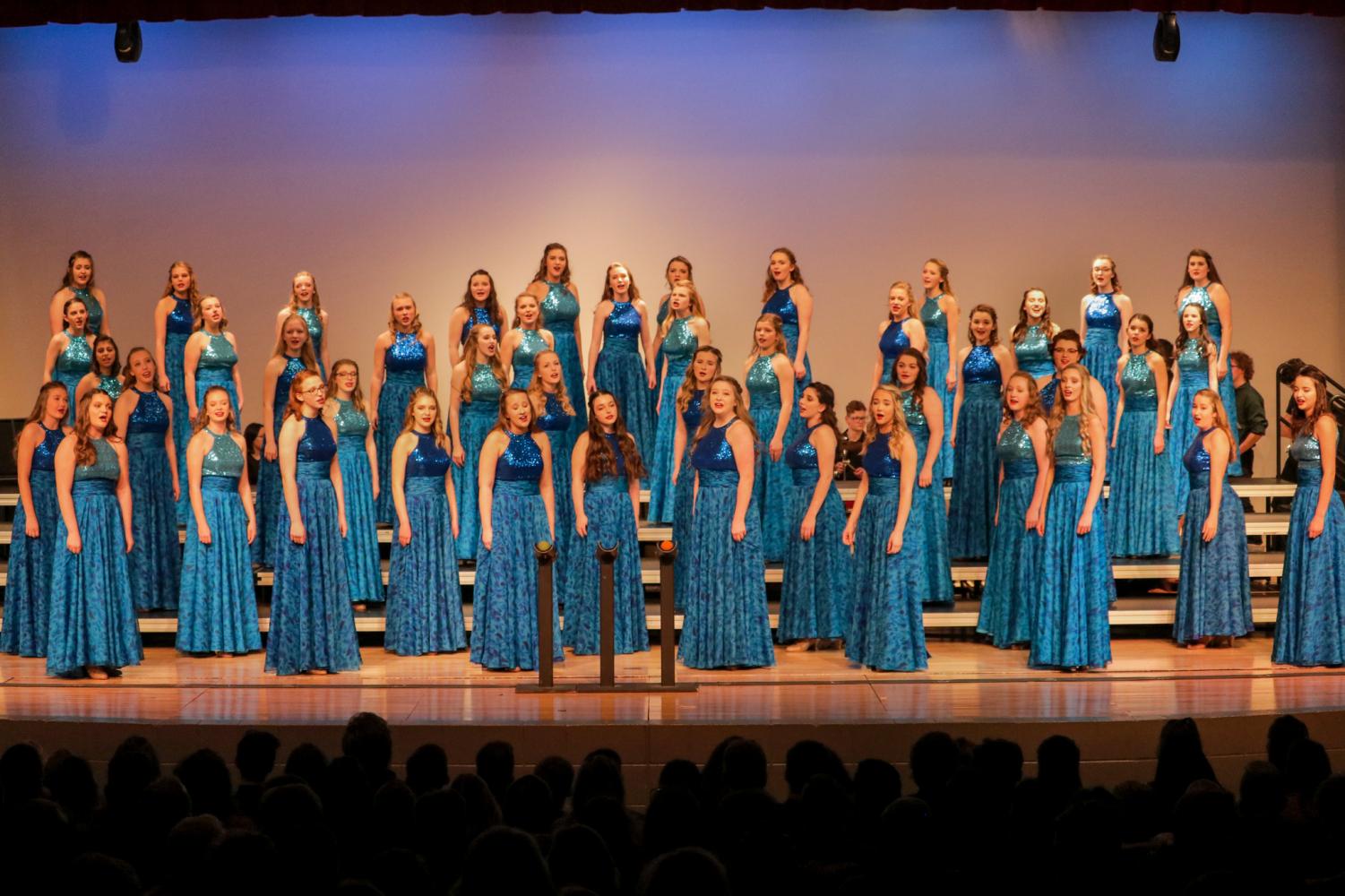 Exhilaration, the all women’s show choir on preview night.

All three of Elkhorn High’s show choirs put on marvelous competition performances for parents and students to enjoy on January 18th.

It was an hour before preview night; the show choirs are touching up each others makeup and cleaning bits of the routine backstage. All they hear is clustered conversation and “A 5, 6, 7, 8” from peers and directors. A hectic period before they perform in front of loved ones and friends, and hopes that it will be worth the blood, sweat, and tears. The Elkhorn High Show Choirs prepare to put on a phenomenal and fun performance for the public.

First up was Nexus, the all boys show choir. As usual, the other show choir groups chanted to welcome and take the stress of the boys. The waving of the pirate flag and cheering really pumped me up for the show. Walking out dressed as sailors, and later dancing with mops, the boys put together a great show. Costumes, props and song selection made it feel like the audience was on a ship sailing the seas. Sadly the vocals needed some work. The projection of their voices wasn’t there, which made it hard to understand the lyrics and created a muddy blurb at times. Though I took into account the fact that it was their first time performing. Disregarding the muddiness at the beginning, the ballad “Lost in the Waves” was my favorite part of the performance! 5-6 boys introduced the start of the song, and the rest of the sailors slowly joining in was just perfect. Most of the time ,when any show choir sings their ballad it’s too emotional or redundant, but I found that Nexus’ was not like that at all. Senior Charles Spooner did a great job with solo during said song. As it the end of the performance drew nearer, formations became sloppy; people were not in clear windows or center was cut short/off. But overall the boys put on an impressive first show, and I really enjoyed watching these sailors sing and travel all over the seas.

Excel and,now, Nexus cheered and sang the theme song for the TV show “Friends” with a flag at hand for the JV all-girls group, Exhilaration. The show theme was friendship, which I don’t mind,but I feel it lacks uniqueness and creativity. Light and dark blue sequins blind the audience as the girls enter towards center stage. Long skirts and sparkle fill the room as the band initiates the opener. One of the initial dance breaks in the first “costume” change was shocking; the girls ripped off their long peacock print shirts to reveal short sparkly blue dresses. It got the crowd going for sure, cheers and whistles come from both students and parents. I found that all the dance breaks were cute, feminine and show stopping. Vocals were clearly projected, but it is quite hard for a girls group to sound and blend due to the lack of deeper voice parts. Between all three show choirs, Exhilaration was not my favorite. Not saying they were bad, but with the theme and costumes it wasn’t as gripping as I personally would’ve liked.

And finally the moment we’ve all been waiting for… the varsity show choir, Excel. The show theme “When Opportunity Knocks” was clearly portrayed with the props; doors. The opener song, “Something’s Coming,” and choreography was a great attention grabber. I really enjoyed the formation changes and the variety in dynamics. The colors of the first costumes had really caught both eyes of the audience and myself. Not everyone had worn the exactly same costume, but the same style in different, yet corresponding colors. The inclusion of the doors for the second song “Doors” was a cool addition to the show. Having the guys and ladies ride on the front of the prop really added to the overall theme. The ballad had slowly lost my attention only because of the speed. Going from “The Other Side,” a song from The Greatest Showman, to a slow paced ballad lost me. Although Susann Parlor did an amazing job with solo, as noticed during the Ralston Ramageddon as she won “Best Female Soloist.” But even then it was a great ballad, just lost my interest and touch at the beginning. Overall, the vocal diction and sound was phenomenal and they did deserve the “Grand Champ” title from last Saturday, January 18th.

From 7:15  to roughly 8:30, the choir department, Ms. Thompson and Mrs. Simmons put together a fun and enjoyable show. It was a whole lot of 3-5 hour practices and, yes, it was their first performance of the season, but they did a great job. As the standards were set high from last years performances, especially from Excel, they proved they could be just as good and even better. Thank you Elkhorn High Show Choir! 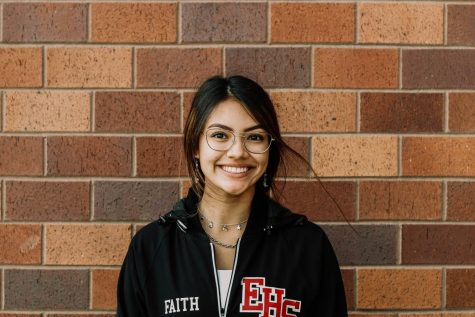 Faith is the former Web Graphics Editor at the Antler Express.