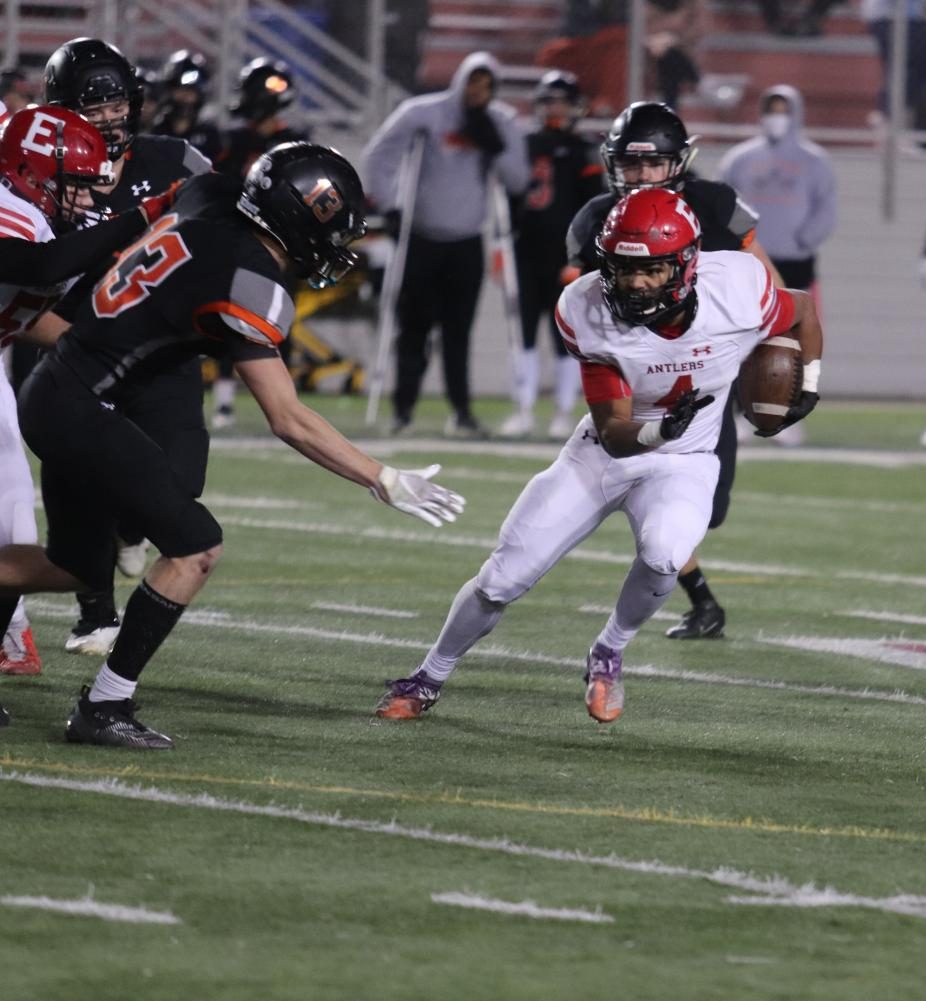 Aiden Young eludes a Hastings defender. The Antlers beat the Tigers 33-28. They will play for the State Championship Nov. 20. (Patton Engel)

Aiden Young eludes a Hastings defender. The Antlers beat the Tigers 33-28. They will play for the State Championship Nov. 20.

Elkhorn outlasts Hastings to move on to the State Championship.

Another 4th quarter comeback has the Antlers making history. Elkhorn defeated Hastings 33-28 in the semi-finals of the state tournament on the strength of senior Aiden Young’s legs and senior Grant Gutschow’s arm. Gutschow completed a 25 yard pass to senior Gannon Gragert to give the Antlers a 33-28 lead, and junior Hayden Stec sealed the win moments later with an interception.

“I knew that could have been our last series of the year and knew I had to give it everything to win us the game,” Stec said. “The ball was tipped and I was able to make the play and get the interception.

Elkhorn will play in its record-setting 11th state final game. The Antlers are 5-5 in championship games.

The Antlers started the game strong with a seven play, 67 yard drive. Aiden Young scored from  19 yards out, and the PAT put Elkhorn up 7-0. The Tigers responded quickly thanks to a broken coverage from Elkhorn. Hastings senior quarterback Jarrett Synek found his receiver wide open, and the pass resulted in a 66 yard touchdown that tied the game at 7. After an Elkhorn punt, Hastings struggled to move the ball, and on the third play of the drive threw an interception that was caught by junior Mikey Hart. The Antlers couldn’t take advantage of the turnover as the team returned the favor when a Braylen Johnson fumble was recovered and returned 39 yards by the Tigers for a touchdown and a 14-7 lead. The Antlers ended the 1st quarter with a strong drive that ended with a Hayden Stec touchdown run that tied the game.

In the second quarter, the Tigers struggled to run the ball. By halftime the Tigers had only five yards on nine carries. The Tigers moved the ball through the air, but each time Hastings drove into Antler territory, Elkhorn’s defense tightened up. The Antlers had two offensive possessions in the second quarter. During the team’s initial possession, Gutschow threw a tough pass that was intercepted, but the Antlers finished the half strong. On the Antlers second and final drive of the quarter, the team drove 14 plays in four minutes on 14 plays. Elkhorn reached the Tiger redzone, but were forced to kick a field goal that missed wide right. At halftime the game was tied at 14.

The Tigers started the second half strong, marching to the Elkhorn four yardline, but the Antler defense forced a field goal attempt that missed. Elkhorn capitalized off its defensive momentum, driving 80 yards in 7 plays and highlighted by a 53 yard run from Aiden Young. Hastings ended the 3rd quarter with a strong drive that put them at the Elkhorn one yard line.

Hastings started the 4th quarter off with an easy touchdown run from just one yard out to tie the game at 21. Both teams then punted once before Elkhorn put together another scoring drive. Although Young was out with injury and the drive started off with a holding call, a mix of passes from Gutschow and runs from senior Isaac Robinson had the Antlers moving down the field. Robinson’s 39 yard run put the Antlers in Tiger territory. On the 11th play of the drive, Robinson scored from 12 yards out. The touchdown put the Antlers up six, but the PAT was blocked. Down 27-21 with 3:27 left, the Tigers started with great field position and quickly moved down the field. After just 3 plays, Hastings scored to take a 28-27 lead with 2 minutes left. The Antlers’ chances seemed slim, but the kickoff return from Hart put Elkhorn near midfield. Gutschow started the drive off with a 7 yard run. On the next play, Gutschow completed a 20 yard pass to Senior Drew Christo. Robinson then ran for a two yard gain. On the fourth play of the drive, Gutschow tossed it up for Gragert, who came down with the ball to complete the 25 yard touchdown pass and give the Antlers a 5 point lead. The Antlers attempted a two point conversion to give themselves a touchdown cushion, but were stuffed. After the kickoff, Hastings had a little under a minute left. On the first play from scrimmage, Synek was hit by Robinson as he threw with Senior defensive lineman Crew Bischof also in his face. The pass was intercepted by Stec to secure the game for the Antlers. The Antlers ran out the clock to end the game, winning 33-28.

The Antlers will play for the State Championship Friday, November 20th at 6:00. 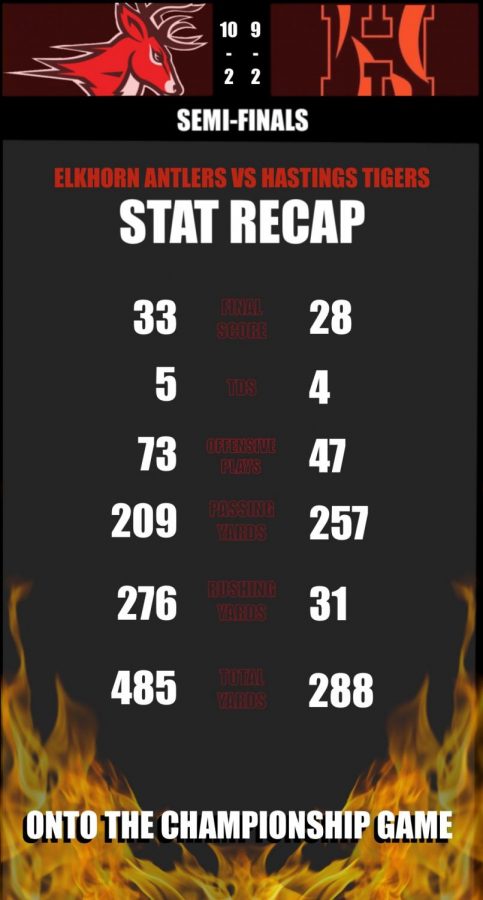 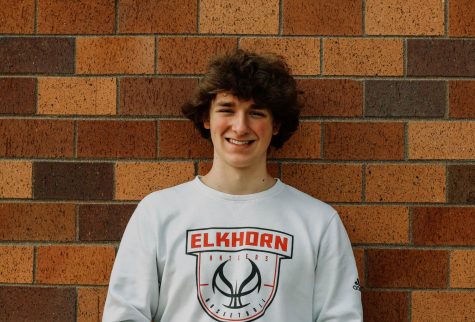 Patton is our STRIV Manager. He is a junior and a second-year reporter at the Antler Express.

Faith is the Web Graphics Editor. She is a senior and third-year reporter at the Antler Express.