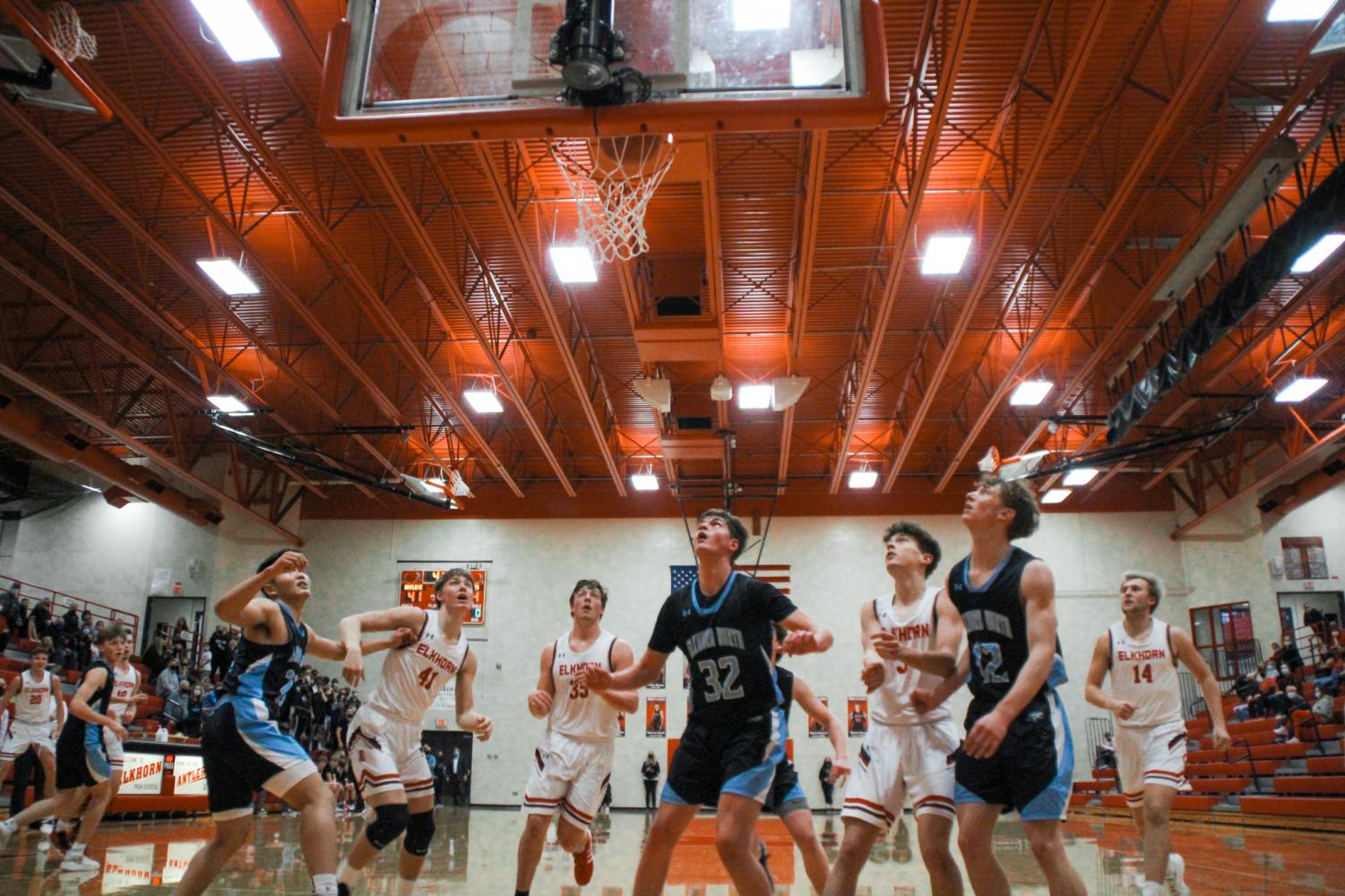 Elkhorn and Elkhorn North players prepare to rebound the ball on Wednesday 1/28/2021.

A four day stretch of EMC basketball comes to a close.

Both Antler basketball teams prepare for the upcoming EMC conference tournament, as the girls would travel to Blair and the boys would stay at home for a matchup against their young rivals from Elkhorn North.

An all around team effort would plunge the boys into the semifinals of the EMC tournament where they would get business done against the Wolves of Elkhorn North. The Antlers would defeat the Wolves 65-38 in what could be considered a blowout.

The Antlers would shoot 48% which was an extra helper for them to score as much as they unusually would, compared to Elkhorn North shooting 33%. Both teams would shoot 50% from the free throw line.

The Boys team would be the only team to play Thursday evening as they would be matched up against the Waverly Vikings on the road. The Antlers would begin down 6 at the half and then rally to win 49-37 in a 36-18 outscoring second half.

The Antler Girls’ team was back in action in a fifth place consolation game against Waverly. The Antlers would bounce back and win 42-33 in an impressive battle for the Antlers.

All around the Antlers would completely outshoot the Viking except a similar percentage in free throws. This would conclude the week for the Antler Girls’ basketball team.

Although the Lincoln Northeast district finals game in March of 2020 was probably one of the greatest and most important games in Antler Boys’ basketball history, this game would show a high level of significance as well. The Antler Boys had not competed in the conference final since 2010 which meant a lot to the progress that Coach Benji Hoegh has made in the program.

The tournament would come to a disappointing end for the Antlers as they would lose 54-44 to the Norris Titans. The Titans have beat the Antlers in every single head to head competition for each sport this season.

Poor shooting of a large amount of free throws would be a major killer for the Antlers as they shot 40% from the line. Norris would also be feeling it from three once again as they shot 50% from outside the arch.

The Antlers would return home with a runner-up plaque to add to the large collection in the trophy case. 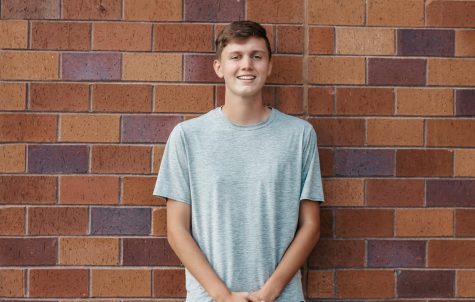 Chase is our Media Outreach Editor. He is a junior and second-year reporter at the Antler Express.