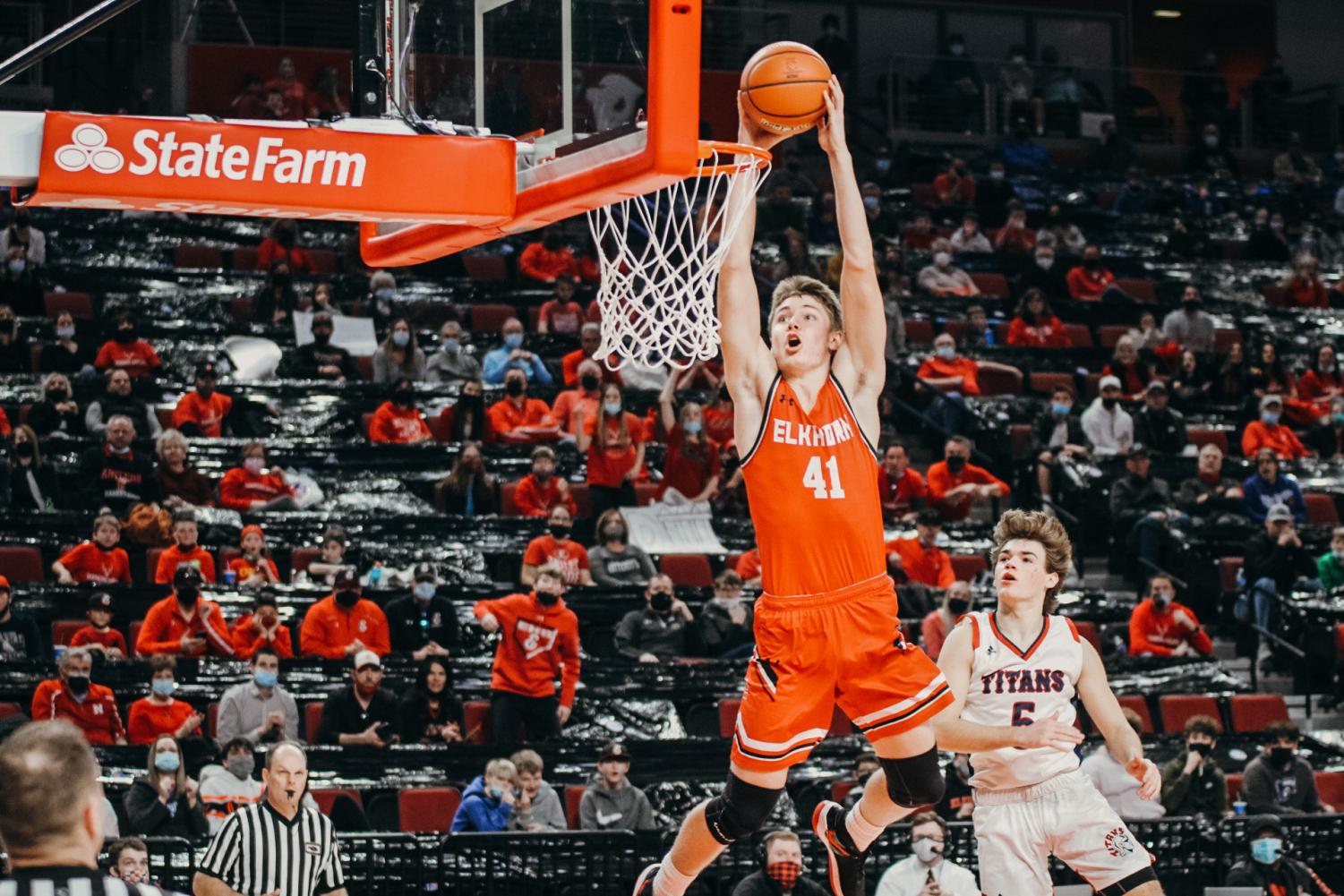 The Antlers score against their competitors in their final state game. (Ray Joens)

The Antlers score against their competitors in their final state game.

Short Of The Summit

The route to Elkhorn’s first state championship was shut down by Beatrice.

The climb featured adversity, toughness, and a whirlwind of emotions. It all came to an end at Pinnacle Bank Arena as Beatrice edged the Antlers 36-34 in OT.

The game started out scrappy, and ended scrappy when Beatrice finished the first quarter, leading the Antlers 10-4. It was a start the Antlers had not felt in a while, as they had consistently routed teams right off the bat since their district final against Grand Island Northwest.

Then the Antlers resembled their second quarter form well with a 15-6 outscoring of the Orangemen. The halftime score would be close and relatively low at 19-17 in slight favor of the Antlers.

Emotions ran high at halftime and both sets of fans were still fairly unsure of where this game would go. Both teams would await the tip and remain tight in score as the game went on.

Defense was more than prominent in the first half, and shooting was at an all-game-low. The score in the third quarter was 5-4 with Elkhorn having a three point lead at 24-21.

The fourth quarter was when things really became intense, and had fans getting loud. Both sides were struggling to shoot, but it didn’t matter when the score remained close.

There were only a few seconds left in regulation, and Beatrice was down by three with the score 29-26. A lot of unusual things occurred beyond this for the Antlers.

The Antlers, since Coach Benji Hoegh’s arrival, had been known as a lethal 1-3-1 defense against other teams. This time around they came out of a timeout in a man to man set, which surprised just about everyone in the arena.

The set by Beatrice was drawn out to give guard Kaden Glynn the final shot of the regulation period. Elkhorn’s Dane Petersen came just short of blocking Glynn’s attempted shot that fell through and have Beatrice fans cheering loud as the game would head to overtime.

At this point in the game Beatrice had their chance to take over, which they would. It would be all Orangemen through OT, and the only form of hope the Antlers had was a miraculous bank shot three made by Caden Reynolds.

This set up an opportunity for the Antlers to put up a final shot and potentially win or tie at the buzzer. This didn’t happen, as Colton Uhing’s attempt was tipped and came up short.

The buzzer sounded,  the Orangemen players celebrated, and the Antlers were left in shock of the result.

The Antlers finished the season still in search of their first basketball state championship in program history. 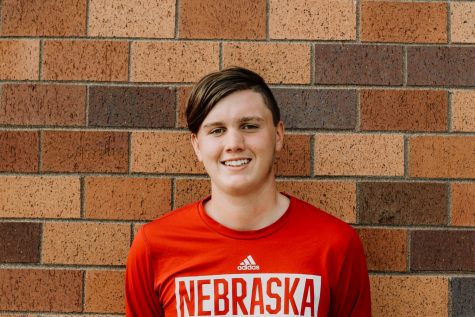 Chase is a sophomore and first-year reporter for the Antler Express. 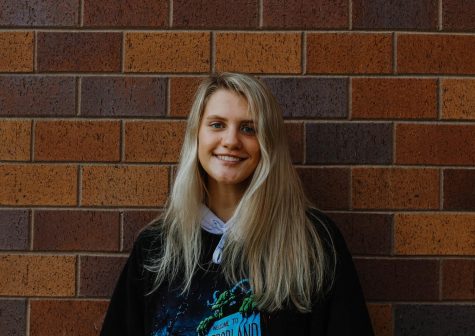 Ray is our Sports Editor. She is a senior and second-year reporter at the Antler Express.