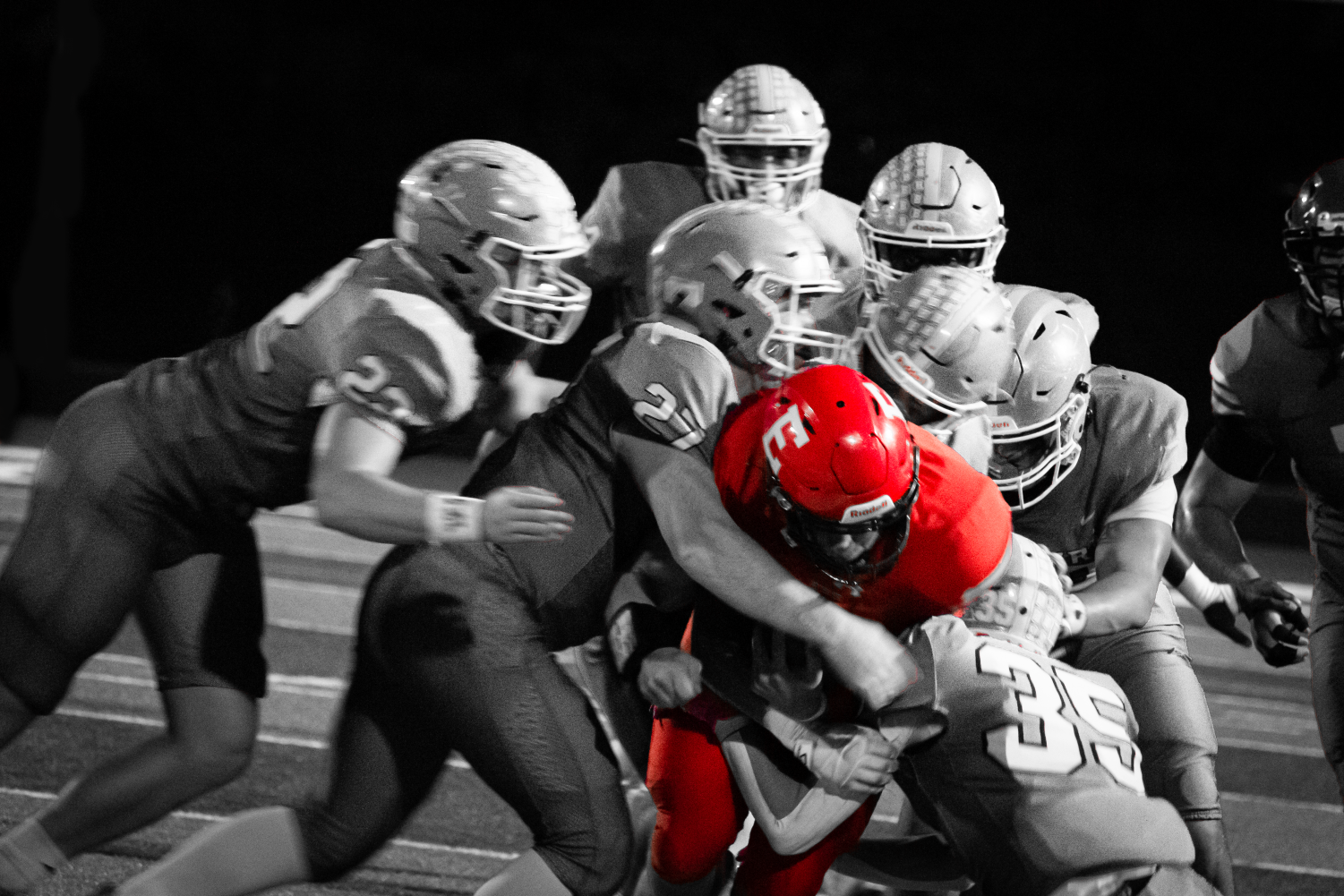 Antlers and Badgers go head to head to see who remains undefeated. Bennington pulls through with the win 49-14 and Antlers unfortunately took their first loss. Friday, October 8th. (Mason Beister)

Antlers and Badgers go head to head to see who remains undefeated. Bennington pulls through with the win 49-14 and Antlers unfortunately took their first loss. Friday, October 8th.

Mostek Walks All Over the Antlers

The Antlers succumb to their opponent, #1 Bennington.

Friday’s game ended the Antler’s perfect 6-0 record, with a loss against the #1 Bennington Badgers.  Right out of the, gate the Antlers played it tough, putting up a strong defense which took the Badgers 13 plays to drive 80 yards for the first score of the game.  The game was 7-0 Bennington after a successful PAT kick by Vaughn Anderson with 7:24 left in the first quarter.

In response, the Antlers began a strong drive with 41 yards on just the first two plays, but unfortunately, the Badgers stalled them and they were stuck at the Badger 36 yard line, ultimately turning over on downs.

The third quarter finally turned the tide of the game and slowed the pace of the Badgers, with a strong defense by both teams stalling scoring for the first half of the quarter.  With 6:40 left in the quarter, the Badgers finally scored, setting up the Antlers for their first successful drive of the game.

The Antlers had their first glimpse of offensive life with a 45-yard drive, which finally ended with the Antlers putting a number on the scoreboard, and with a successful PAT kick by Cole Houck, the score was 42-7 Bennington at the end of the third quarter.

Elkhorn’s offensive power rolled right into the fourth quarter as they made a strong 79-yard drive, ending in another touchdown and PAT kick by Kroger and Houck respectively.  The game ultimately ended with a score of 49 Bennington, 14 Elkhorn.

Elkhorn is now 6-1 and will play Elkhorn North away this week, and Bennington, still undefeated, will face Omaha Roncalli at home.