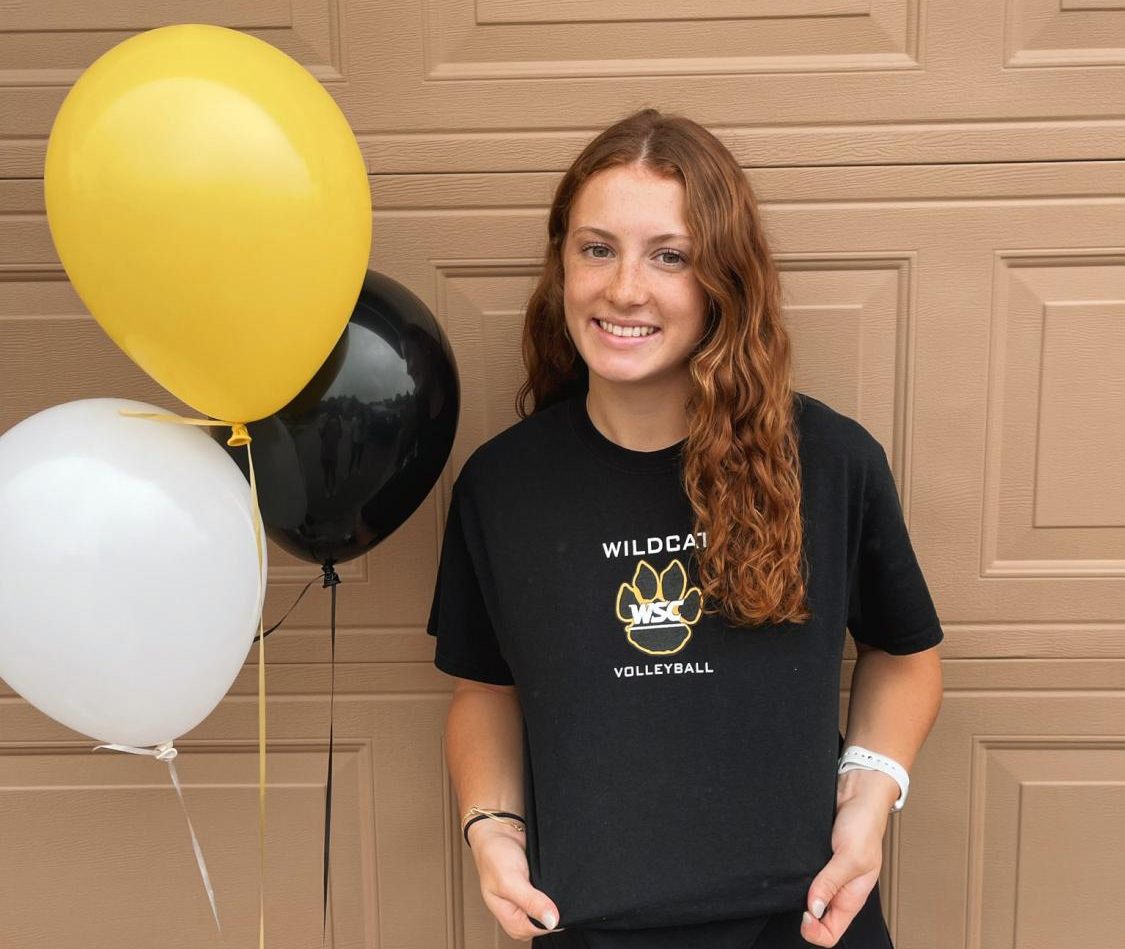 Antler of the Week: Kaelyn Andersen

“Always give your hardest work, don’t ever take a play off.” Kaelyn Andersen said, “You can not afford it, so always go your hardest.”

Andersen takes this belief to heart, and it has led to her volleyball commitment to Wayne State. Andersen does not take any play off, whether it is in a practice, a scrimmage, or a big state playoff game. Last year, Andersen was the only sophomore to have a consistent role throughout the season, and part of that reason is because of her high octane energy.

“As the libero, I am kind of like the quarterback.” Andersen said, “I bring the energy and the consistency and I tell everyone their jobs. I keep people accountable.”

Just like a quarterback, to be a good libero, multiple abilities are needed. First, the ability to control the ball. On defense, the liberos are responsible for diving for the ball to keep the play alive. If they get lucky it is an easy return, like a snap. While diving for the ball, they have to pass it at the same time. Andersen is responsible for passing the ball all over the court to get the offense going like a quarterback throwing the ball while being sacked. She admits that it takes a lot of time to be able to do this consistently.

“I have put in a lot of extra work to get to this level. It isn’t just before and after school, you’ve got to do your weekends and really motivate yourself,” Andersen said.

Andersen is responsible for not only motivating herself to practice when no one else is, but motivating her teammates to rally back during the tough games.

“I push my team to be the best they can. We always overcome obstacles together.”

Her teammates are a large part of her volleyball career and life in general. She is following multiple Antler alums to Wayne State’s volleyball team, including current teammate Taylor Bunjer.

“All I know is that I couldn’t do it without my teammates. They are a big part of everything I do,”  Andersen said.