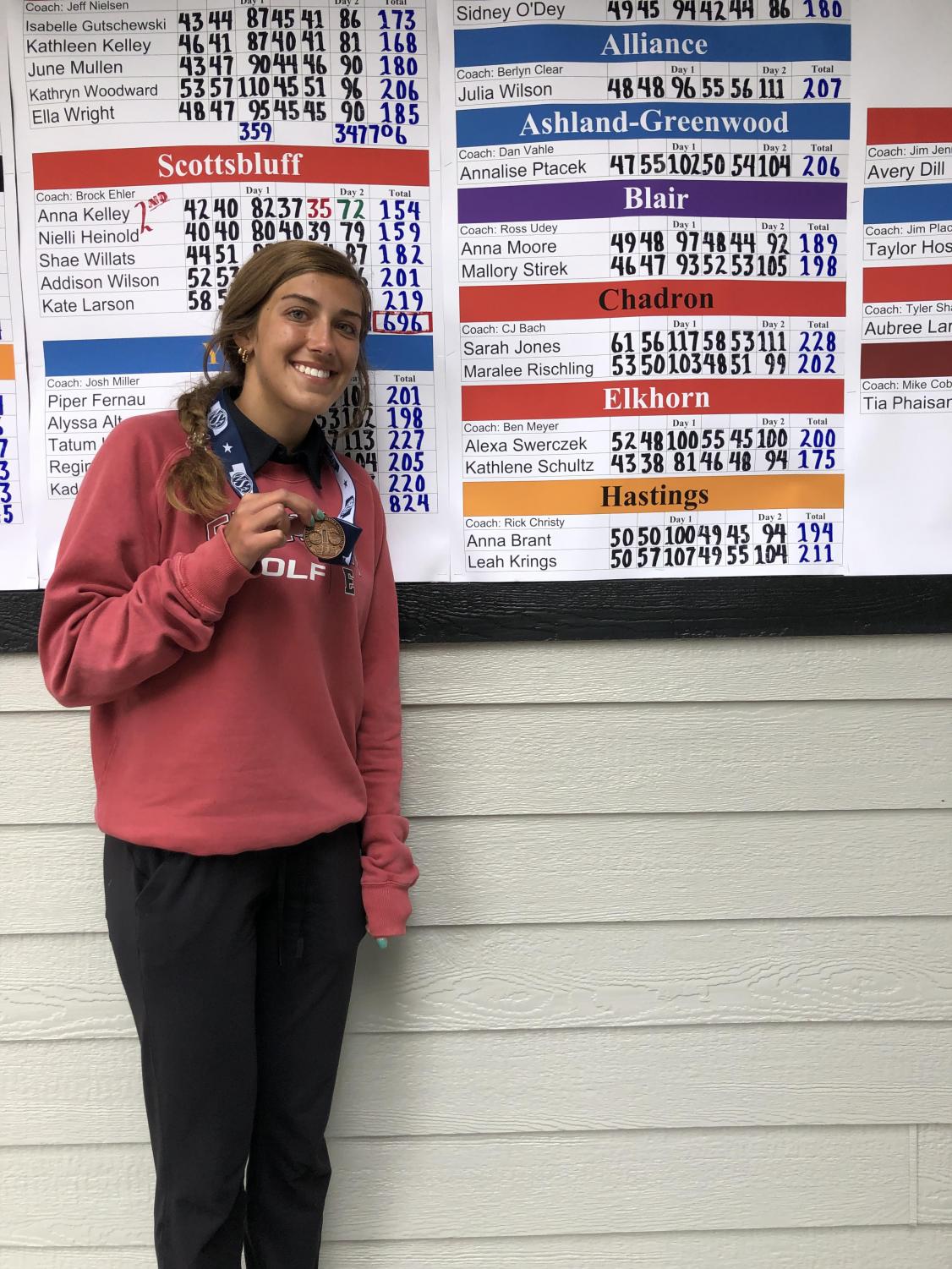 Katie Schultz poses with her metal and her score on the scoreboard at state golf. (Courtesy of Ben Meyer)

Katie Schultz poses with her metal and her score on the scoreboard at state golf.

Antler of the Week: Katie Schultz

Varsity golfer Katie Schultz is awarded Anter of the Week.

Here comes the putt…Katie Schultz needs this putt to land her in 8th place. She taps the ball, it’s rolling, rolling, and rolling, and she sinks it. There it is. Schultz finishes 8th with a score of 175 and a brand new personal best at state.

Day one started as a struggle for Schultz. The first two holes presented a stressor for her game. Then around the 3-4th hole, her attitude and game morphed into a positive feeling. She started consistently shooting par the rest of her first day. Her drives were on point, her chips were chippy, and her putts were on point. Her mental attitude lent her the ability to exceed.

“For me, it was just trying to keep my head in and just keep focused and not think about anything else,” Schultz said.

Schultz was not alone on the course; she was able to have Assistant Coach Lindsay Struble with her. Throughout the two days, Schultz owes her accomplishments to the positive mindset that Struble helped create.

“Struble is a really positive person, she can help you with any attitude problem, which was something that I really needed after the first two holes. She definitely kept me going,” Schultz said.

Placing so high on day one came as a shock to Schultz. Placing in the top 15 and achieving a personal record excited her at the end of the first 18 holes. While overconfidence can be the downfall for players, Schultz took her achievements and strived to do better the next day. She used her biggest strength, short-term memory, to push through and place so high.

“My short-term memory [makes me a great player], even if your shot before was good, don’t run it off because you can be too confident…that can take your game. Also, if your shot was bad, just forget about it and move on to the next hole and know you can play better,”  Schultz said.

Day two started out with a literal flash. Lightning struck, thus halting all activity. Schultz sat anxiously waiting for the lighting to end. While she stayed in the clubhouse, she thought about what she could do to place in the top 15. Once she got back on the course, she carefully and analytically hit the ball.

That putt placed her in 8th place. She carried the thought of wanting to make her family proud. She and her father have shared a love of golf since freshman year. She ended up shocking herself and her family when she ended the 36 holes.

“I just wanted to make my parents proud because I know that golf is something me and my dad got into,” Schultz said. 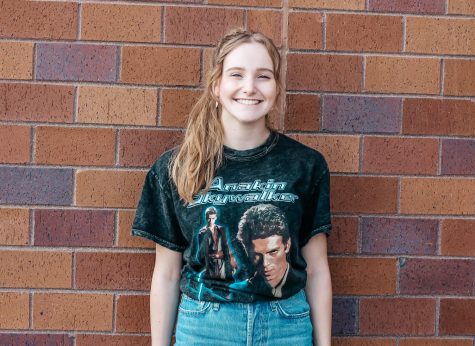 Charlee is a senior and a first-year reporter for the Antler Express.