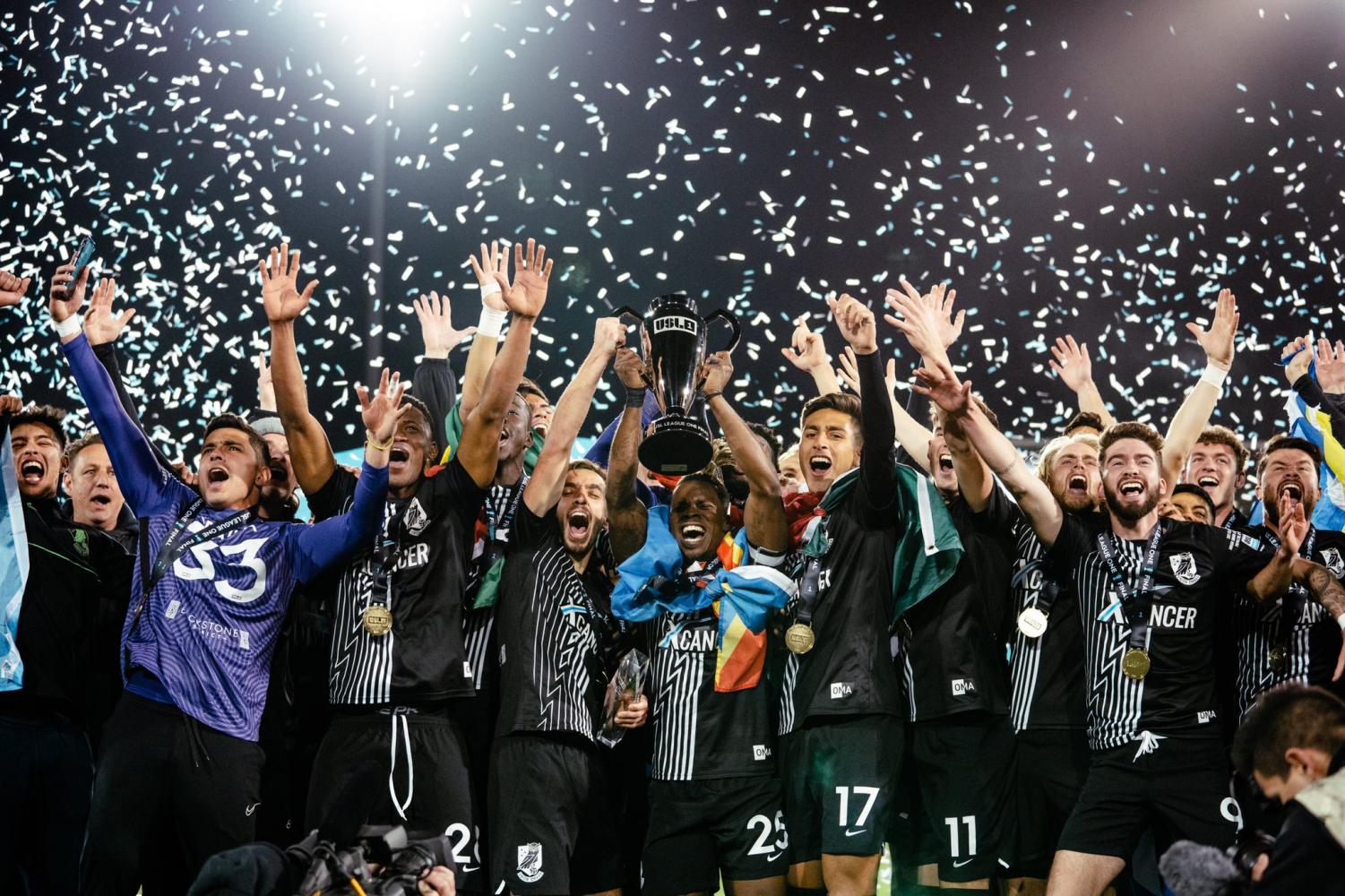 Uniting a New Community in the Omaha Metro

Union Omaha soccer team is creating a special community in the Metro.

It has been hard for the state of Nebraska to find a collection of successful sports programs and institutions in the past few years. Whether the sport be football, basketball, baseball, and the other staples of Nebraska sports for decades, some fans have needed something new to turn to.

One team, though, is winning in Omaha; Union Omaha. Soccer has tried to gain traction in Omaha for years, but with the team’s recent success, which culminated with the 2021 USL League One Championship, it has found a potential path to thrive.

“I think the first thing I noticed when I joined was the fan passion,” Union Omaha General Manager Peter Marlette said. “We are still a young and growing club, but those that know us really, really care a lot about it.”

The “Buhos,” the Spanish word for owl, the team’s mascot, dominated the USL League One regular and postseason and outscored their opponents 9-1 in the playoffs. This earned the team a coveted star above the team crest on its uniform, signifying the league champion, for the 2022 season.

Marlette has been an important figure in the team’s outreach to fans of all ages and ethnicities around Omaha.

“It is a highly inclusive community, and they are just really passionate about having a professional soccer team in the Omaha metro,” Marlette said. “I noticed right away the abundant passion the fans had for the club.”

Inclusivity has been especially important for the youth of Omaha. Bringing the game to them could provide more potential for those who want to both play and support the game.

“We have worked with our fans to donate 600 plus tickets to underprivileged youth organizations,” Marlette said. “It is important that they can see that professional sports are accessible to them and they are here in the Omaha metro area.”

Marlette said the club has not only tried to connect with the community through outreach and success on the pitch, but also with players with local ties.

“We won a USL League One Title with an ex-Creighton player on it, an ex-UNO player on it, and a kid who grew up in Lexington, Nebraska,” Marlette said. “We will try to compete to win the league every year, and we’re going to do so with some local ties on our roster. I think that it is important for the community to see that.”

The potential for how great soccer in Omaha could be arrived in July of 2010. The U.S. Women’s National Team took on Sweden in a friendly match at Creighton’s new Morrison soccer stadium. The match, which was played before a crowd of 6,439, the largest attendance for a soccer match in Omaha, ended in a 1-1 draw, but the stage was set for the blossoming Omaha soccer community. Three years later, a match with more local flavor caught the attention of this developing demographic: the 2013 NSAA Boys Soccer State Championship.

“This was the best experience I have ever had at a soccer game,” soccer broadcaster Owen Godberson said. Godberson describes himself as a “washed up goalkeeper,” but is also the PA announcer for Union Omaha.

Godberson said the 2013 NSAA Boys Soccer State Championship game between Omaha South and Creighton Prep helped to facilitate a new sense of passion for soccer at a local level.

“There is a photo I found in the Omaha World-Herald after the game and on one side (of the stadium) you could see red and black for Omaha South supporters, and on the other blue and white. It was right down the halfway line, and it was like a line of sand right down the middle,” Godberson said.

“They are there for a bunch of kids playing a game, and I think it is beautiful,” Godberson said. “It is something that I have always circled on my calendar to go down to Morrison to watch as many games as I could.”

Joe Cleary runs the Nebraska Soccer Talk Podcast and its Twitter, which has gained an avid following. Much like Godberson, Cleary said there is a great importance to his role in growing the game and sharing others’ stories.

“During December of 2020, we had around 50 followers at the most. Once the high school season started in the spring of 2021, we grew to like 2,500 followers on Twitter. Our interactions and our ability to grow the platforms of players, coaches, and programs that do not get exposure from other outlets helped grow this following,” Cleary said.

Cleary said high school soccer has helped grow communities and has created a new outlet for amplifying the game.

“Some of these schools truly represent a large chunk of people,” Cleary said. “High school soccer helps give meaning to the game and puts a lot at stake because there is not always a district final, a state tournament, or a state championship in other places. It is important for not only the growth of kids but the environment of the sport.”

Most interviewees always traced this passion and excitement to Morrison Stadium, home of both the NSAA State Soccer Tournament and the Creighton Bluejays Soccer Programs. It is a sanctuary for soccer in Omaha, or as one of Goberson’s friends, Jack Hoover, dubs it, “The Wembley of Nebraska.”

“You can take a soccer fan or a non-soccer fan to Morrison Stadium, especially if certain teams are playing, and they can experience one of the best sporting events in the state,” Cleary said.

Many have pushed for Union Omaha to locate themselves into Morrison Stadium instead of residing in Werner Park on a baseball field. This was especially true after they faced F.C. Tuscon at Morrison Stadium due to scheduling complications at Werner Park.

After the match, fans flooded social media with their desires to move Union Omaha to Morrison Stadium. The team as of now plans to remain in Werner Park.

Godberson believes that this cannot remain though.

“The great thing about soccer specific stadiums is the acoustics provided by the roofs over stadiums. Stadiums in England like Villa Park or Vicarage Road in Watford, even Morrison in Omaha has that too,” Godberson said. “The audio just entraps itself so there is not much for it to go, which just makes the crowd louder.”

“I think a soccer specific stadium would translate tremendously to give Union Omaha an even better atmosphere than it already has,” Godberson said.

Whether it is roofs, inclusion, or competitiveness, people know that there is a community worth investing in in Omaha. Marlette, Cleary, and Godberson are few of many that are trying to grow the game in the metro.

There is a deeper meaning on and off the pitch to the beautiful game in the Omaha metro. Godberson said people are excited and determined to find out what the game has in store for them and their peers in the community.